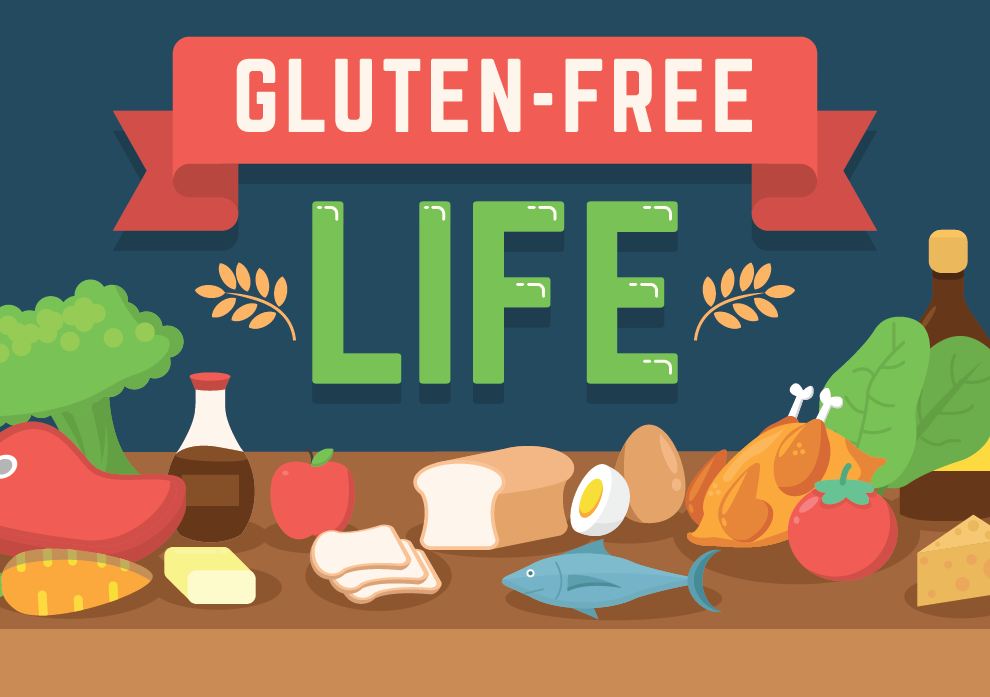 Living gluten-free has a lot of health benefits with most of the important ones going to people with gluten intolerance. As fashionable as it may now seem like a way to live a healthy life and lose weight, avoiding gluten may be the only way some people have to control their gluten allergies. This is also the case with people suffering from celiac disease.

Gluten is a simple protein naturally found in certain cereals such as rye, wheat, oats, and barley. Manufacturers of processed foods often use this protein as a thickener, emulsifier, and stabilizer. It is important to keep yourself informed about all the processed foods that may contain gluten such as pastas, pizzas, cookies, desserts, and breads.

About Gluten Sensitivity and Intolerance

The gluten compound contains two proteins – glutenin and gliadin, that cause what we refer to as various gluten intolerance, the most severe of which is celiac disease. Gluten intolerance destroys the inner lining of the intestines due to the body’s allergic reaction to food containing the gluten proteins.

A person suffering from gluten sensitivity or gluten intolerance will experience the following symptoms:

Unless combined with the other symptoms, abdominal pain, bloating and gas should be adequately diagnosed because they can also be caused by other digestive issues.

Gluten sensitivity and intolerance can be avoided by maintaining a proper diet free from glutenin or gliadin because there is no known cure for these gluten-related conditions.

The need for living gluten-free is far greater than just avoiding the gluten allergy. It is the only way to prevent complications that may result due to intolerance. Such complications may include malnutrition, the risk of gastrointestinal cancer, anemia, recurring weight loss, and bowel ulcers.

Switching to a gluten-free lifestyle will be difficult as you start because there will be too many foods to avoid. However, there are several alternatives for common gluten-rich foods such as breads and noodles.

You can also use gluten-free flours like tapioca, potatoes, and arrowroot flour.

The following tips should steer you in the right path as you endeavor to live a gluten-free life:

The hype in gluten-free living has led to special treats in major restaurants and groceries. Now you can easily get a gluten-free meal from Amazon, ShopRite, Walmart, and many other food stores.